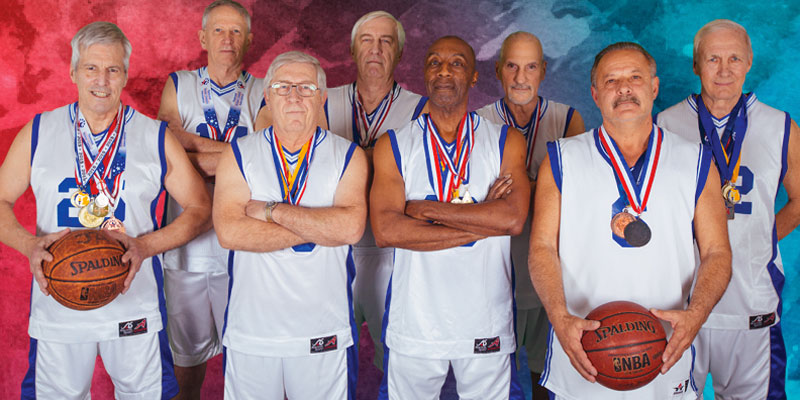 BIRMINGHAM, Ala. — In just a few short weeks, Alabama will welcome some of the country’s top athletes for the thirtieth edition of the National Senior Games. From June 2 to 15, the top senior athletes from across the country will compete in 19 different sporting events hosted throughout the greater Birmingham area.

The National Senior Games began in 1987 to promote healthy living and active aging. Now sponsored by Humana, Birmingham’s games will bring in 10,466 athletes — the largest field to date.

Athletes range in age from 50 to over 95 years old, and they vastly differ in levels of experience. Some competed in the Olympics at a younger age, while others picked up sports much later in life.

Alabama is fourteenth among states in terms of number of athletes sent to the games with 279. In the 2015 edition, Alabama athletes won one gold medal and four bronze.

To qualify for the NSG, individual competitors and teams must qualify at their state-level games by placing in the top three for their sport. This year, the sports sponsored by the games include archery, badminton, basketball, bowling, cycling, golf, horseshoes, pickle ball, race walk, racquetball, road race, shuffleboard, softball, swimming, table tennis, tennis, track and field, the triathlon, and volleyball.

According to Katie McCormack, a marketing and communications assistant for Knight Eady, the games will be great for both the athletes and the City of Birmingham. She noted that the NSG selected the Magic City because of its centralized location among states that send the most participants and its world-class athletic facilities.

Are you ready for the 2017 National Senior Games? Birmingham awaits!#SeniorGames2017

Throughout the two-week event, 14 different venues across the Birmingham metro will be used. While the BJCC will serve as the games’ hub, the Crossplex, Liberty Park, the Uptown District, Birmingham Southern College, and Samford will also host events.

The event is expected to have an economic impact of $39 million, including $6 million to the food service industry alone. But those coordinating the NSG hope the event has a snowballing economic impact, wherein people will return to the city again to spend their money. “This is a huge opportunity to let people know that Birmingham has really been revitalized and it is a great place to come visit,” McCormack said.

On top of the economic impact the event offers Alabamians, McCormack stated it has potential for a large human impact. “This is an opportunity to meet some really cool people,” she said. “The national games are a huge deal and they will bring people from all over the world to Birmingham.”

Admission to all of the events is free and open to the public. Learn more about the National Senior Games on its website linked here.