I was blessed to be able to attend several events during the Olympic Games when Atlanta hosted in 1996, including velodrome cycling, team handball, and the Gold-Medal soccer match when Nigeria beat Argentina.

It’s funny, when you watch international sports on television—whether it’s the Olympics, World Cup or The World Games—the standard practice is to root, root, root for the home country.

But in person, the event is more likely to match countries you’ve never even visited, much less have personal connections. I never saw the USA compete at the Olympics, but I’d get caught up in the fervor of partisans seated nearby, and start cheering on their country’s team.

When Birmingham hosts The World Games 2022 from July 7-17, athletes from more than 100 countries will compete in more than 40 events, from acrobatic gymnastics to wheelchair rugby. Their friends, family, and fans will visit, too.

And when they’re hungry, they’ll find there’s lots more to local restaurants than just Southern “vittles” and American standards like burgers and hot dogs (although they can enjoy many great examples of those here, too).

We’ve compiled a list suggesting great places to try food from 24 participating countries. Whether you’re a visitor, or an Alabamian caught up in the fervor of an international contest you just watched, here are Birmingham restaurants to go to when The World Games inspire your hunger.

From award-winning chef Chris Hastings, this Iberian- and South American-influenced live-fire restaurant serves paella, empanadas, and seafood fideos, along with gourmet items like roasted duck breast and a beef-fat candles that melt and blend with sofrito to form a dip.

This well-established Chinese restaurant, which specializes in dishes from the Shanghai and Sichuan provinces, is one of four in the Birmingham area offering traditional, non-Americanized menus (the others are Red Pearl and Mr. Chen’s in Homewood and Hoover). 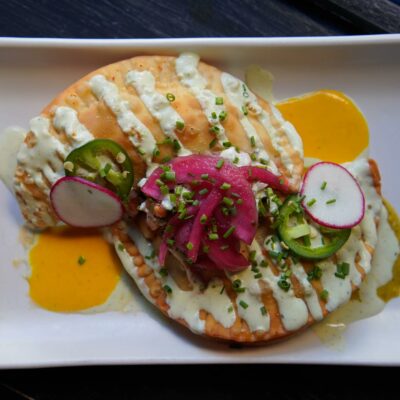 The downtown restaurant and rum bar pays tribute to 1940s Cuba with dishes from the Caribbean, South America and the southern U.S. Plates include ham and cheese croquettes, Cuban sandwiches, and jerk chicken. End the meal with Peruvian bread pudding or Cuban-style cinnamon-sugar crisps called Chiviricos.

Perched on a hill that straddles Birmingham and Homewood, Red Sea specializes in Ethiopian cuisine, mostly stews with meat, vegetables or lentils to be scooped by hand with spongy house-made injera bread. Ask about the old-school coffee ceremony, where green coffee beans are roasted, ground, and steeped. 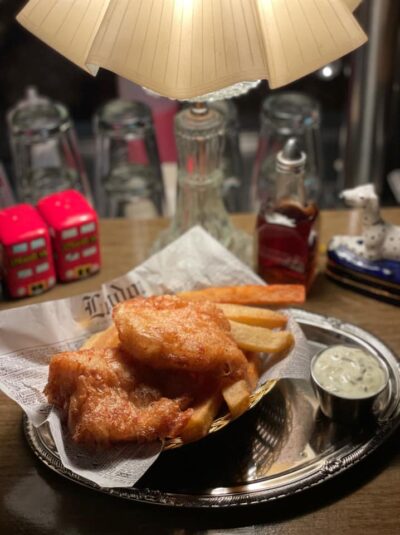 She’s from London and he’s from the other (and older) Birmingham. Their menu includes fish and hand-cut chips, meat pie, and mashed potatoes with either banger sausages or beef stew. Afternoon tea is Tuesday through Friday. In eastern Hoover, The Anvil Pub and Grill spans the former British Empire with dishes from England, India, and Jamaica; it hosts a monthly high tea.

Located in an area of Hoover rich with Indian markets and restaurants, Silver Coin serves vegetarian and non-vegetarian dishes from throughout the subcontinent, including thin, crispy crepes called dosas. Other options include: Taj India and Sitar (Birmingham), Bay Leaf (Birmingham and east Hoover), and Bawarchi (Hoover). 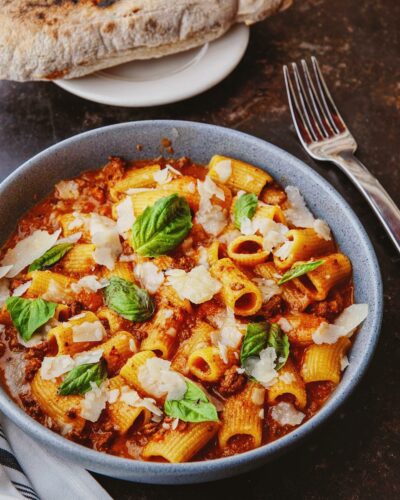 Since opening Bettola in 2006, James Lewis has built a reputation for his Neapolitan pizzas with handmade sausage and other gourmet toppings, house-made pastas, and wood oven-cooked entrees. Bottega and Bocca restaurants, also in Birmingham, lead an extensive selection of Italian eateries and pizzerias in the metro area.

Greater Birmingham has a bevy of Tex-Mex restaurants, plus many taquerias and trucks dispensing Mexican street food like tacos, tostadas, sopes, gorditas, and huaraches. La Perla Nayarita celebrates the cuisine of coastal Mexico (the state of Nayarit is on Mexico’s Pacific coast), including seafood baked in cored pineapple halves.

Abhi Sainju introduced locals to dishes popular in his Nepalese homeland, like handmade momo dumplings and thukpa noodle soups. But he’s a savant of all styles of Asian cooking, known as much for his maki sushi rolls, Balinese beef rendang, and both Indian- and Thai-style curries. 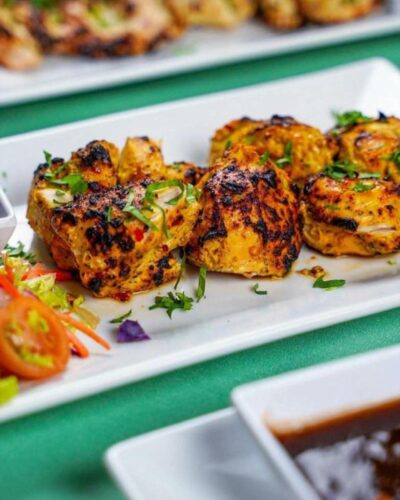 Fans of Indian cooking will find plenty to like in Pakistani restaurants like Kabob-Licious, which serves meat prepared under halal standards. Samosas, biryani, and karahi dishes are relatively common to both cuisines. Nihari is a Pakistani stew made with beef or lamb shank, often enriched with marrow. 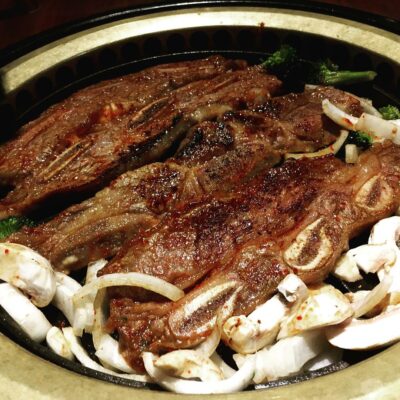 Known mainly for its sushi, Ginza also is the destination for Korean barbecue (including short rib, rib eye, and chicken) that’s cooked on tabletop grills. Both the barbecue and Korean-style entrees are served with banchan, bowls of pickled and cooked vegetables and sometimes meats. Seoul Restaurant in Homewood dishes stews, stir-fries, and both rice and noodle bowls.

Sam Aroon and family share the cooking of their native country, down to the fried egg that tops noodle dishes like Pad Thai and Pad Si Ew, and the Spicy Basil stir fry. The restaurant started in the corner of a gas station, but quickly took over the entire space as it built a cult following.

Rom Mendez, who grew up in Caracas, is the prince of Pabellon shredded beef, the bard of vegetarian black beans, an ace arepa-maker.  Corn-based arepa pancakes, sweet cachapas, fried-plantain tostones, and tortillas are the bases for slow-cooked marinated beef, pork, and chicken. A well-stocked bar includes Venezuelan rums.