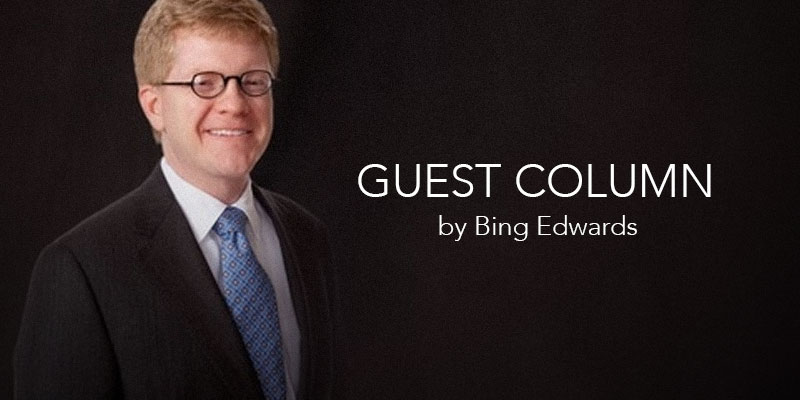 Yellowhammer asked veteran Birmingham tax attorney Bing Edwards to share what President Trump’s recent tax proposal will mean for you. His insightful response is below.

It’s been thirty years since changes this significant have been proposed for the federal tax system. If it passes, you might save some money, and the State of Alabama will almost certainly come out ahead.

The Trump tax plan would have an impact on individuals and businesses. For individuals, the top tax rate would drop from 39.6 percent to 35 percent. Note, however, that this change only affects single persons earning more than $418,400 and couples earning more than $470,700. So, if you earn less than those amounts, the drop in tax rates won’t matter to you.

Each of these measures means everyday Americans would pay the government less of their income if the Trump tax plan becomes law.

The Trump plan would also give a tremendous advantage to Alabama’s corporations. Under his proposal, the corporate tax rate would drop from 35 percent to 15 percent. If this happens, a company would keep more money in the business, allowing it to hire more employees, invest in growth, and avoid having stockholders pay income tax on dividends.

Today, most companies operate as LLCs. An LLC does not pay tax. Instead, all of the income tax earned through an LLC is paid on its owners’ personal tax returns. If the Trump plan becomes law, many businesses will probably convert from LLCs to corporations so they can take advantage of the new 15% corporate tax rate. If the Trump plan passes, a small business owner should go see his or her accountant or lawyer, quickly.

All in all, individuals and small business owners are likely to come out ahead under the Trump plan. However, we don’t yet have enough details about the plan for anyone to calculate their potential savings.

Ironically, while paying the federal government less, Alabamians will pay more to the State of Alabama. The reason is that Alabama’s income tax allows you to deduct the amount of federal taxes you pay. Therefore, if you pay less federal tax under the new Trump plan, that deduction on your state taxes will be smaller. And if that deduction is smaller, your Alabama taxable income will be bigger. So you (and everyone else in Alabama, including corporations) will pay a little more on your Alabama income tax return.

About the Author: Mr. Bing Edwards is a seasoned tax attorney who practices economic development and business law at the firm E+Law in Birmingham. He is also a partner at HotSpot Ventures, LLC. He is a graduate of Vanderbilt University (B.A.), The University of Alabama School of Law (J.D.) and New York University (LL.M. in Taxation). Bing is a graduate of Leadership Alabama, Leadership Birmingham, Leadership UAB, and the FBI Citizens Academy. He is a member of the Rotary Club of Birmingham, the Newcomen Society of Alabama, and the Cathedral Church of the Advent.