How pornography destroys lives and why #metoo outrage ignores it 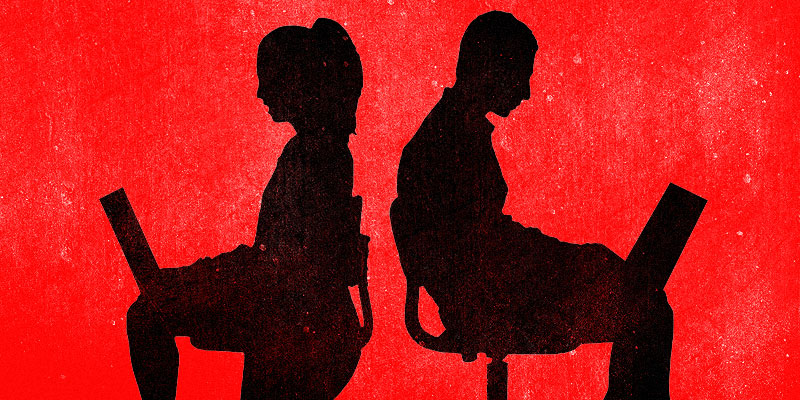 DR. REEDER: When the character of an individual and the character of leaders of institutions is lived with propriety, there’s usually a need for fewer regulations and there will usually be less litigation but, whenever you lose character, then you begin to have to multiply litigation and legislation trying to maintain order.

Normally, what I like to aim at is the character and the soul and heart of leaders in order to affect an institution, a society, a city, a state and a nation but there are times when laws are needed and I am almost persuaded that some kind of a law to outlaw pornography — not that it would eradicate it and I know it would create a black market for it and I’m well aware of all of that — but it’s like the stop sign out here not far from my house that people go through it all the time and they don’t obey it, but at least it slows them down.

WHY IS PORNOGRAPHY SO DANGEROUS?

Pornography objectifies women, it destroys the sanctity of sexuality, it destroys marriages and it destroys families. It even has physical effects — the people that did the report that you referred to had a lot of interesting facts that they had documented, Tom.

DR. REEDER: In one year.

Tom, just in the last month of December, five of these so-called “celebrated” pornographic stars, young women, all committed suicide just in the month of December and that’s an untold number of despair, discouragement, suicide, the drug addictions that come with the pornography industry. Not only does it objectify women and destroy the lives of women, but it also destroys marriages. It even has a destructive dynamic physiologically.

PORNOGRAPHY HAS REAL PHYSICAL EFFECTS ON INDIVIDUAL AND COMMUNITY CRIME

TOM LAMPRECHT: Indeed. A German study revealed the brains of men who consume a lot of pornography tend to be smaller in certain key areas and have fewer connections than those of other men.

DR. REEDER: It also leads to rape — if you’ll go, again, to these studies, you’ll find that approaching 50 percent of the rapes were generated by those who had been addicted to pornography and that many of the rape events were pornographic simulations.

I can affirm to you, pastorally, Tom, that much counseling that takes place is the shame and degradation that women bring because of the demands of husbands that have been viewing pornography and how it has destroyed what ought to be the sacred dynamic of intimacy within marriage as the marriage bed has now become defiled.

Well, I could go on and on so, Florida’s move to outlaw it, I’m not sure it’s not a good move. Not that I think it’ll get rid of it — I think it’ll only restrain it. I cannot help but think that it would have a salutary effect to have laws against its production and stiff penalties for those who produce pornography. It is a blight upon humanity. There is nothing redeeming about it. It has a demeaning and disastrous effect upon people emotionally, psychologically and physiologically.

TOM LAMPRECHT: Harry, the irony of this is there’s going to be a lot of pushback from progressives and yet they’re the same ones who have recently been up in arms over the #metoo movement.

DR. REEDER: It feeds into the sexually charged dynamics of cultures in the athletic world, in the celebrity world and in the corporate world. Not only are these viewing habits of pornography affecting the way that men are functioning in those arenas of life, but we have documented that, in many of these corporate offices, men — and to some degree now increasingly women — are engaged in pornographic viewing while at work. And, if you don’t think that affects the way a man would get up from the computer and begin to talk with fellow workers throughout the office, then certainly you’re living in a fools’ paradise.

Now, Tom, one of the great challenges of this is the fact that pornography is probably the single most profitable industry in the United States and the United States is the largest exporter of pornography around the world. When you have industries such as pornography that are so financially profitable, you can be assured that every possible effort will be made to maintain its unhindered productivity and distribution in our country and beyond our country throughout the world so, Tom, it’s going to be a big battle.

THERE IS AN ANSWER TO THE PROBLEM: JESUS AND HIS CHURCH

Now let’s back up and finish this way, Tom. We know what the answer is. The answer’s the Gospel of Jesus Christ. It is the answer to everything. Please listen to me: If you’re there today, we will be more than happy to connect you to counselors who are able to help you from a Christian world and life view to get liberated from the addictive — and it is addictive. You’re not a victim of pornography, but you can victimize yourself in pornography and then it brings a destructive dynamic in your life. In fact, it begins to seer imagines upon the brain through a chemical process that just cannot be eradicated.

However, there is an answer and that answer is something that fills you up to overflowing so that there’s no room for this to fill the vacuums of your life. The depth of the emptiness of the lives of men and women apart from the vital relationship with God through Jesus Christ is that men and women will go everywhere to try to fill it and there is the beckoning siren call of pornography — “Oh, it’s harmless, it’s harmless. It’ll make your life meaningful.” It’s not harmless. It is destructive physically, physiologically, socially, emotionally, psychologically, relationally but, most of all, it absolutely destroys your soul.

But there is One who can fill your soul if you’ll come to Him, repent of your sins and put your trust in Jesus and there is no depth that you’ve gone to in pornography that He cannot rescue you and set you free from its guilt, its shame and its power. And you can begin to build a life that has a new obsession and that obsession is Jesus Christ. And, when you know Him, that will begin to filter into all of your relationships. It will affect you physically, physiologically, socially, emotionally, relationally and, most of all, it will affect you with a meaning for life and a solid foundation in life.

Christ the Lord of Glory loves you and He wants to set you free. You come to Him — He will forgive you and He, by the power of the Holy Spirit with the Word of God surrounded by the people of God, then you can walk in the triumph of Christ over that sin and the Lord gives you a glorious life instead of the death pornography brings into a life.

COMING UP WEDNESDAY: HUNGARY’S PM SAYS ONLY HOPE IS CHRISTIANITY

TOM LAMPRECHT: Harry, on Wednesday’s edition of Today in Perspective, I want to dovetail onto a story that’s very much related to what we talked about today. Over in Europe, the prime minister of Hungary, his hope — not more secularism — he says the only hope for Europe is Christianity.

DR. REEDER: And let’s see why he said that, Tom, and let’s see the implications of what he said. Let’s also consider how we can respond to it. I think there’s some great insights there, not only for Hungary, but for the United States of America.

This podcast was transcribed by Jessica Havin, editorial assistant for Yellowhammer News. Jessica has transcribed some of the top podcasts in the country and her work has been featured in a New York Times Bestseller.