Despite what Washington Post writer says, Down Syndrome children are only undesirable to selfish, arrogant people 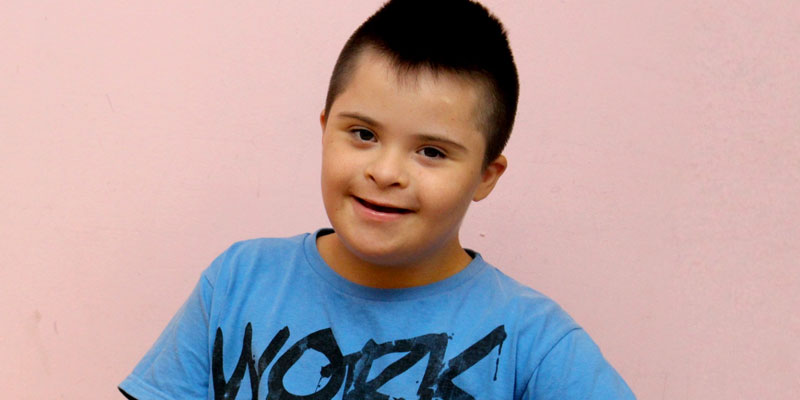 EDITORIAL SAYS ABORTING DOWN SYNDROME CHILDREN IS “FOR THEIR OWN GOOD”

TOM LAMPRECHT: Harry, just this past weekend, The Washington Post ran an editorial. It was written by abortion advocate, Ruth Marcus. She argues in this piece that women should have the right to abort a baby with Down Syndrome. “Those babies need to be eliminated because they are, through bad eugenics, undesirable humans from the gene pool. It’s for their own good,” she says.

Marcus is being heralded as brave and thought-provoking for her approach, which argues that both families and those with Down Syndrome would be better off if the condition was simply eradicated through selective termination.

DR. REEDER: Tom, this follows on some other programs that we’ve done where we’ve noticed that Denmark, and Iceland and other places are heralding the fact that they have eradicated Down Syndrome in their population. What they’re saying is, with the screening process in pregnancy, when they spot the possibly Down Syndrome child, now the social pressures and desires are, “Just go ahead and eradicate the child.” Just as this Ruth Marcus says, “The child is ‘undesirable.’” Undesirable because of its median cognitive ability.

DOWN SYNDROME CHILDREN ARE HAPPY PEOPLE DESPITE DELAYED COGNITION

I have to confess that I have asked the Lord continually in my life, “Please allow me to hate sin but never hate sinners; to go after the issues in public policy in a way that exalts what is right and good and beautiful and true, but to do so in as much of a loving way as possible.” At Briarwood, where I serve the Lord, I had the opportunities in the hallways in the lobby to speak to three Down Syndrome children.

One of them is a boy that comes up to me almost every Sunday and, yes, cognitively, there are some serious challenges, but when I talk to him about Jesus, he understands. It’s hard for me to tell you how loving this young boy is.

I’m just going to be blunt on this: they’re undesirable for only selfish, arrogant people. Is it a challenge? Yes. Would anyone choose to want the challenge? Not necessarily, but when it comes in the hands of a sovereign God, we find out that God is actually doing something in us greater than what He’s doing in that child.

I love to see the 26 high school kids who volunteer to be a buddy to one of them so these children can go to a Sunday School. And I watch what happens in those high school kids’ lives. I watch what happens in the lives of parents when they finally found out, “Oh, the church really does make room for us.” I watch what they do as they work through, “How am I going to take care of this child in their older age? How are we going to work out their situation and begin to solve those problems together as a family?”

WHO DECIDES WHAT HUMANS ARE DESIRABLE?

I am fully aware of the challenges. I am also fully aware of the unbelievable blessings that I have seen occasioned by the presence of these children and literally brought by the way they live their lives in the sweetness, the insights and the beauty that they bring. And this notion that, “We need to eradicate them; they are undesirable,” probably those that don’t desire them are much more undesirable to me than these children are.

These children are desirable. They are not something that should be cast off due to the imperfections in a fallen world that has shown up in their physical makeup. And it’s amazing now what has been done so that these Down Syndrome children can function but, beyond that, these are children made in the image of God.

I pity the nation that has killed them out of their demographic population. In fact, I would find such a nation undesirable to live in.

TOM LAMPRECHT: Harry, Ruth Marcus goes on to say that these individuals with Down Syndrome, they would be better off — let me put it bluntly — she’s saying they would be better off dead. And yet a 2011 study found that 99% of people with Down Syndrome over the age of 12 said they were happy with their lives, 99% said they loved their families, 97% said they liked their brothers and sisters, 86% felt they could make friends easily.

DR. REEDER: Tom, go and take those percentages where they’ve talked to these Down Syndrome children — 95%, 97%, 99% love my siblings, love my parents, love my family — now go ask those same questions to the “desirable” family.

I would say to you someone that loves their siblings, loves their parents, loves being in the family, well, I would suggest to you that person is desirable, maybe more desirable than the mentality and the hardness of heart of those who would be in a family and want to kill such children.

By the way, I will give her credit for being honest — she has said, “We need to kill them. For their own sake, we need to kill them because they are not desirable and they don’t have lives worth living.” Well, I would suggest to you they have enormously blessed lives and they are an enormous blessing in the lives of others, but that’s not why I argue it.

I argue it because here is exactly where we’ve come to in a secular society in which the sovereign self decides what is right and what is wrong instead of a society that is “under God” and a sovereign God gives us His ethical absolutes which is “You shall not murder,” which is “Every man and woman, boy and girl are made in the image of God.” And no matter what they are facing — spiritually, socially, psychologically, physically, medically — they are made in the image of God and their dignity is intrinsic because of that.

Their dignity is not assigned by an editorial writer who determines who is desirable and who is not desirable based upon the metrics that she has embraced in the arrogance of the sovereign self. Folks, that’s what you’re facing. That’s why we do Today in Perspective. Are we going to have a world and life view that you read through the lenses of sovereign God with ethical absolutes that are consistent with the character of God and are consistent with the law of God or are we going to have a society of secular humanism where the sovereign self will make the determination what is desirable and what is not desirable?

She’s actually as honest as Margaret Sanger, who wanted to eradicate the population of the unwanted minorities. “We don’t need them. We don’t want them. They’re not desirable. And, by the way, we really don’t think their life is worth living so let’s remove them.”

“Yes,” she said, “You may think me selfish; you may think me evil,” — yes, ma’am, I do believe what you’re saying is selfish; I do believe what you’re saying is evil. I will take the rationality of a Down Syndrome child the way that person treats other people as opposed to the way you treat other people. Watch them run up and hug you. Watch as you would have them destroyed in the womb.

REST OF THE WORLD SEES RESULTS OF “ELIMINATING” LESS DESIRABLE

TOM LAMPRECHT: Harry, is it much of a leap: let’s get rid of people that we think are less desirable who perhaps don’t share the same convictions we have?

Right now, Armenia, one study has said that we have lost 200 million more girls to abortion screening than boys that have been put to death because the boy was considered, in most of these cultures, more desirable. Now you’ve got cultures in which you’ve got all these guys but there’s nobody for them to married because the undesirable ones, the women, have been destroyed.

I’m sure that Ruth Marcus would not call women undesirable. You have exalted the sovereign self over life and you can take the life that you deem undesirable, then why can’t they do it?

THESE CHILDREN, LIKE ALL PEOPLE, ARE GIFTS FROM GOD

Those Down Syndrome kids, I’ll tell you what they are — they are a gift from God. I have seen the blessing in the lives of families when these children that they would not have chosen to be born in terms of how they would have designed their child, but when God’s design showed up and the sovereign hand of God, I have seen the blessing that these Down Syndrome children bring.

Grace is greater than sin and the grace of God can overcome even the challenging effects of sin in a broken world.