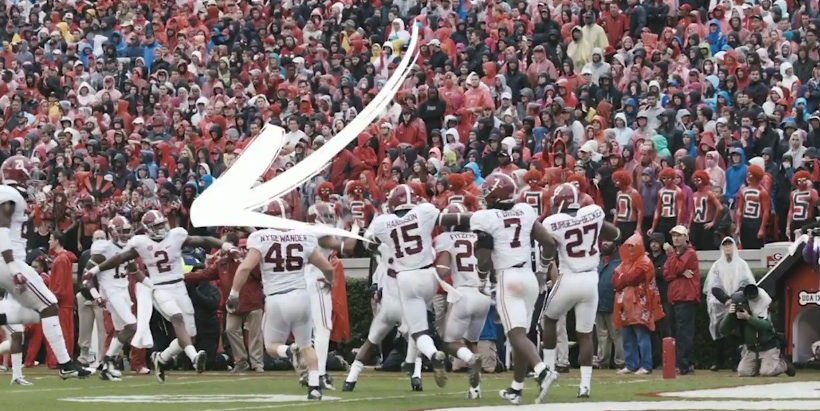 TUSCALOOSA, Ala. — The Alabama Crimson Tide calmed all, if any, concerns Bama fans had prior to last weekend after handling the Georgia Bulldogs in a 38-10 victory in Athens. Sharing in the spoils this season is Alabama running back, Derrick Henry, an impact player for the Crimson Tide shining with 560 yards and 9 TDs already for the 2015 season. With Henry off to a solid start, his stats and growing stardom couldn’t protect him from the jokes after his second quarter tumble “fail.”

In the second quarter during a team celebration Henry jumped to meet teammates in mid-air, but didn’t make contact with anyone or anything but the grass.

According to quarterback and teammate Jake Coker, Henry’s teammates are making fun of his “fail.”

Check it out in the video below:

Sometimes even the best athletes are a little… unathletic pic.twitter.com/zjsJCt2TZI

The Alabama Crimson Tide gears up to play the Arkansas Razorbacks this Saturday at 6:00 PM CT at Bryant-Denny Stadium in Tuscaloosa.