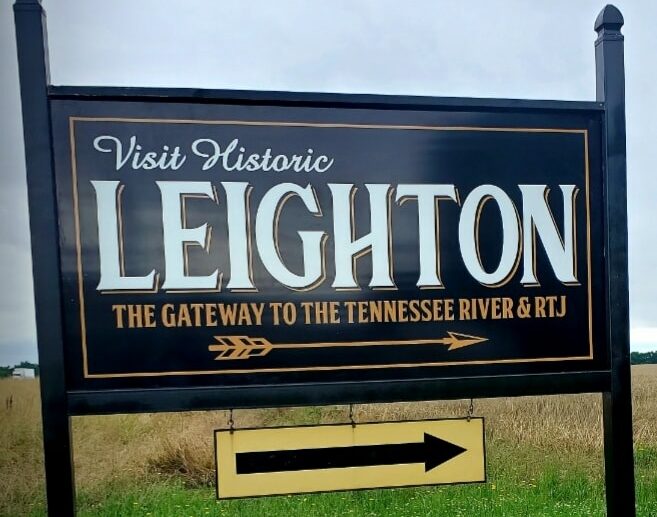 Hosted in Leighton, Alabama, at the crossroads of Old Highway 20 and County Line Road, Sledgefest celebrates the legacy of Percy Sledge, a legendary soul singer.

The event is an all-day commemoration of the historic city and culture that permeates throughout.

A city of fewer than 1,000 citizens, Leighton is known for being the hometown of a plethora of notable superstars—NBA players Leon and John Douglas, as well as NFL Hall of Famer Ozzie Newsome. In the world of music, Leighton’s call to fame can be heard through the voice of Jimmy Hughes—a prominent vocal talent during the mid-century boom of rhythm & blues—and his cousin Percy Sledge.

Sledgefest takes its name from the latter. Recognizable for his timeless classic “When A Man Loves A Woman,” Sledge made a name for himself during a time when the industry was in the midst of a revolutionary blaze of new talent. Through his simple upbringing in Leighton, he carved a path to the big stage in 1966 with the hit single when he was left by a woman after being laid off from his job in construction.

The song catapulted him to superstardom, hitting No. 1 on the Billboard 100 and reaching the “Million-Sold” mark and making it a certified-gold record. In his legacy shines the city of Leighton. Having worked in agriculture during early adulthood while singing in his free time, Sledge said in reference to the famous tune, “I hummed it all my life, even when I was picking and chopping cotton in the fields.”

It’s the spirit of this innate, emotional connection to Leighton that Mayor Derick Silcox looks to rejoice with this year’s festival. A showcase like no other that features national talents such as Deak Harp, alongside local celebrities like singer-songwriter Taylor Grace and the “Fastest Guitar Player in the South,” Travis Wammack. Main-staging it all is the son of the legendary King of Slow Soul: Howell Sledge.

Participants can expect a lavish welcome into the town with much more to explore. The historic town museum housed inside the original Bank Independent is sure to leave patrons in awe of the litany of culture preserved from decades past. After perusing the artifacts, families can chow down on one of the many soul food dishes at F&D’s Soul Food and BBQ, located in the city’s old Town Hall. Be sure to also visit Bliss Alley, LaGrange College Historical Site, and Dawson Distillery.

Once your group’s brains and bellies are full, find a seat near a stage and enjoy a lineup of the absolute best Leighton has to offer as you take your place in the legacy of Leighton arts history at Sledgefest 2022.

Admission to this year’s festival is free and takes place on July 30 in Downtown Leighton, Alabama — rain or shine.