Blanchard responds to WSJ report of wooing Trump gubernatorial endorsement — ‘I entered the Senate race to serve Alabama’s people,’ ‘That will always be my main goal’ 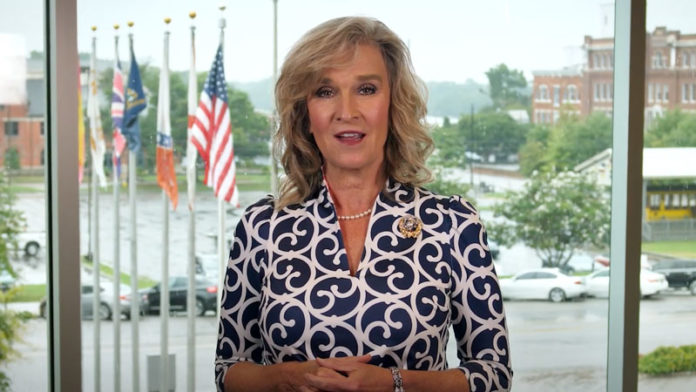 According to the report, Trump, who has endorsed Blanchard’s opponent, U.S. Rep. Mo Brooks (R-Huntsville), met with Blanchard.

“Mr. Trump has also met with Lynda Blanchard, a former ambassador in his administration, and discussed a possible endorsement if she abandoned her U.S. Senate campaign and instead challenged Alabama’s Republican governor, Kay Ivey, according to Trump advisers,” Bender wrote.

On Monday evening, Blanchard responded to the Journal report. In a statement, Blanchard touted the significance of the Trump endorsement.

“While I don’t comment on private conversations, the President’s endorsement is unquestionably the most powerful force in American politics and when he endorses candidates, they win,” she said in a statement. “The MAGA Movement is the heart and soul of this nation. I entered the Senate race to serve Alabama’s people, and no matter what the future may bring, that will always be my main goal.”

Blanchard added, “We must have strong leaders at every level to face the dark times ahead. I will always fight for our freedoms. I stand with America and the great State of Alabama!”

Yellowhammer News reached out to Trump’s Save America political action committee to respond to the report as well.

A representative from the PAC offered a statement from Save America communications director Taylor Budowich.

“Candidates up and down the ballot and from across the nation are constantly seeking the endorsement of President Donald J. Trump. While we don’t comment on private conversations, the President’s endorsement is unquestionably the most powerful force in American politics and when he endorses candidates, they win,” Budowich stated.