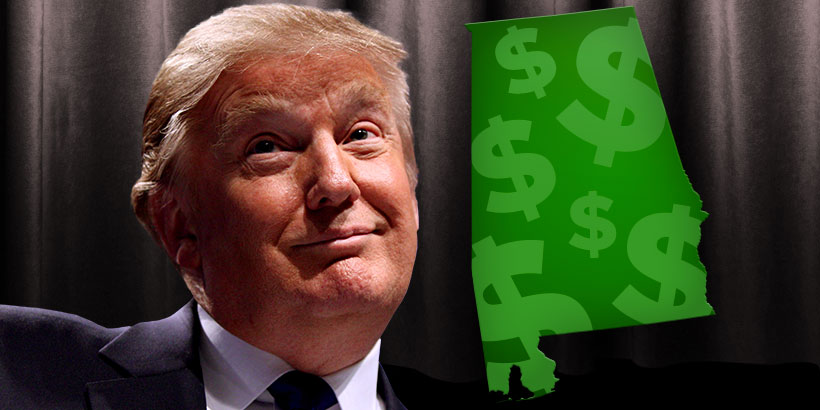 The stock market is booming. Consumer confidence is soaring. The unemployment rate is falling. The economy is getting more robust every day. And President Donald Trump’s approval ratings have just hit a new low.

Congratulations, Trump. You are the president of a loyal base whose members adore you. The bad news, Mr. President, is that almost no one else does.

According to a new CNN poll, just 35 percent of Americans approve of the way the president is handling his job. Fifty-nine percent disapprove. The poll was taken before Congress passed the new tax law, so he may get a bump in the next round of polls. But it’s unlikely to be more than just a bump. The economy is already barreling ahead — and that hasn’t done much for his approval numbers.

So what’s going on? I’m not exactly going out on a limb to suggest his low approval numbers have a lot to do with his tweeting, his bluster and his pettiness. In short, a lot of Americans think he’s temperamentally unfit for office.

But you don’t have to admire this president, or even like him, to acknowledge the obvious: that more than a few journalists — like most other liberal Democrats — won’t rest until he’s out of office.

Trump thinks they just make stuff up to hurt him — or at least that’s what he says. Who knows if he actually believes it. His loyal base believes it and that may be all he needs to keep the “fake news” narrative going.

But here’s another explanation: Contrary to popular belief, journalists are only human and so, from time to time, they make mistakes.

But mistakes, if they’re really just that and not something more nefarious, should go in both directions. Funny, but when reporters make mistakes about this president, they all seem to go in just one direction — the anti-Trump direction.

If these were simply honest errors, some of them, just by chance, would help the president. But they don’t. So what should we make of it?

To say journalists have a liberal bias and detest this president isn’t exactly breaking news. When it comes to Donald Trump, a lot of journalists figure if the sun rose in the east today, he must have done something wrong and they’re going to prove it. So they let their journalistic instincts lapse; they let their guardrails down. Instead of being skeptics, they become gullible patsies, taking in all sorts of later discredited information peddled by anonymous sources — as long as it makes the president look bad.

They put out false information about collusion with the Russians, for example, because they want to believe that he conspired with his pal Vladimir Putin to rig the election. Collusion, after all, could lead to impeachment, the holy grail.

And if, heaven forbid, you criticize them for sloppiness or for going overboard, you’re accused of being a Trump sycophant who wants to put a stake through the heart of the First Amendment and democracy itself.

But how would these same journalists respond if it were Barack Obama or President Hillary Clinton who was under investigation by a special prosecutor who loaded up his team with Republican donors? How would they react if a lead FBI investigator texted his mistress that candidate Clinton “is a (expletive) idiot” and that they needed an “insurance policy” in case she somehow won the election?

We know how they’d react: They’d say the deck was stacked against the Democrat. They’d be outraged. And for good reason.

Yes, Donald Trump, with his egocentricities, his thin skin, his unnecessary quarrels with critics, and a lot more, gives the media plenty of ammunition to use against him. It’s as if he’s saying, “I just loaded the gun for you reporters who hate me; here it is; ready, aim, shoot me.”

Still, there are times when I wonder why he wastes so much time and energy beating up on the press when, thanks to their not so hidden contempt for him, they do such a good job beating up on themselves.