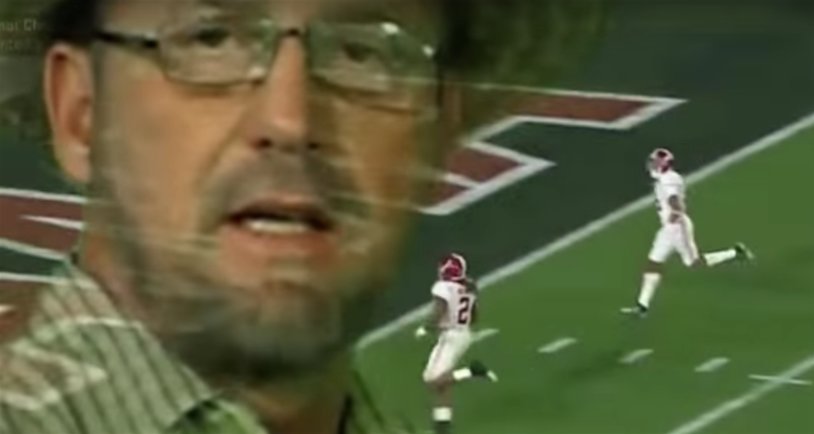 An Alabama fan named Darrell Dumas — aka Double D — has released the most perfect honky-tonk song and music video of all time to celebrate Alabama’s National Championship Game victory over Clemson.

The video can be viewed above, in all of it’s glory, and the lyrics are below.

Well, it all got started with the bull up the middle
50 yards of smoke and dust
But somethin’ kept tellin’ me inside
This ain’t gon’ be enough

Yea, his teeth are long and sharp
Brother, there’s some fire in his eyes
But this cat’ll need more than nine lives
If it thinks it gonna swim this Tide

Cuz we ain’t called the Tide for nothin’
Baby, we’ve been tried and proven
If it’s a war that you want in this desert
You better put on your boots

Yea, lightning’s ’bout to strike in this desert
Caught the cat nappin’ at the right time
Yea, some things that’s about to happen
Gon’ put an end to his nine lives

Now, Dabo kinda looks like Tebow
Yea, his world’s coming to an end
That’s the price you pay, Dabo
For starting wars that you can’t win

Cuz we ain’t called the Tide for nothin’
Baby, we’ve been tried and proven
If it’s a war that you want in this desert
You better slip on your boots