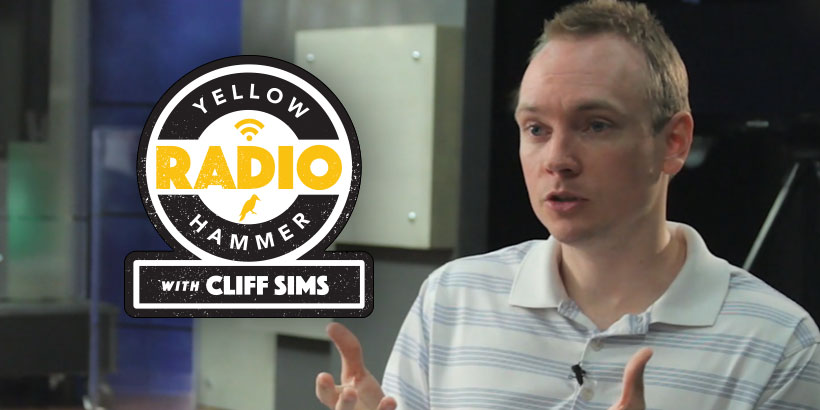 BIRMINGHAM, Ala. — In a passionate rant on Yellowhammer Radio Thursday, host Cliff Sims slammed Alabama Democrats for their refusal to support the historic charter schools legislation passed by the state legislature Wednesday, saying it proves the party is more concerned with special interests than what is best for their constituents.

“There are kids in this state right now — inner city Birmingham, some of them in Huntsville, some of them in other school districts around the state — where they are absolutely trapped in failing schools. They are essentially sentenced to a life where the American dream seems unattainable to them.”

The Alabama Education Association, which has become the state’s de facto Democratic Party in recent years, has been the most vocal opponent of expanding school choice opportunities in the state. Their Democratic allies in the legislature demonized the bill for hours during debate on the House and Senate over the last couple of weeks.

But Republican proponents of the bill prevailed, arguing that the status quo is no longer acceptable, particularly for the state’s most at-risk youth.

“There is plenty of evidence that a great school can help break the vicious cycle of poverty and apathy in this country,” said Sims. “Urban Prep… a charter school up there in Chicago… 100% black students, 100% free and reduced lunch, they don’t just have a 100% graduation rate… they also have a 100% college acceptance rate for the last five years. These are traditionally Democratic constituencies here, a lot of inner-cities, a lot of minorities.”

But in spite of the success of minority students in charter schools located in other parts of the country, not a single Democrat voted for expanding educational opportunities in Alabama.

“Democrats’ opposition to school choice proves they are more concerned with special interests than what is best for their constituents,” Sims concluded, “because if there was ever a piece of legislation that would help many of their constituents, especially in some of these inner-city areas, it would be this charter schools bill, it would be school choice in general.”

Check out Sims’ epic rant in the audio above.

Yellowhammer Radio airs every weekday from 12-1 p.m. and can be streamed live on the show’s flagship station, Superstation 101.1, WYDE.