In the prepared-food industry, like so many others, winning awards at prestigious competitions and drawing kudos from influential fans like Oprah Winfrey creates a buzz that money can’t buy.

It recently retained a place on the list of “Oprah’s Favorite Things,” won a top prize from the Specialty Food Association’s annual Sofi contest, and was named a runner-up in the Made in the South Awards by the Southern tastemaker “Garden and Gun” magazine.

And they’re all for different things. Stone Hollow’s Movie Night Trio heirloom popcorn gift box made the Oprah list. The others were for two types of specialty drinking vinegars that are hand-crafted using Alabama-grown fruit and flowers. 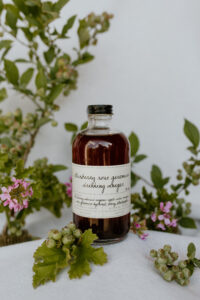 Founded in 1999, Stone Hollow Farmstead first produced award-winning cheeses from goats that are raised and milked on the farm. It later branched into cut flowers.

The company also produces and jars pickles, relishes, fruit preserves, and other prepared consumables including the drinking vinegars, predominately using produce from the farm or from nearby growers who share the Stones’ commitment to sustainable, organic, and non-GMO agricultural practices.

Stone Hollow Farmstead products are sold online or at its store in the Market at Pepper Place in Birmingham. The farm’s long-running CSA (Community-Supported Agriculture) program includes both produce from its farm and others, along with prepared items from its commercial kitchen.

The company’s diversity aids its sustainability. A crop of turmeric will be used in Stone Hollow’s CSA boxes, for jarred relish, and to flavor a drinking vinegar that’s also a former Sofi winner. Formerly in the spa and wellness business, Deborah Stone touts the anti-inflammatory health benefits of turmeric along with its culinary uses.

Stone Hollow’s award-winning drinking vinegars, also known as shrubs, are made with fresh-picked fruit macerated in cider vinegar, with added flavors like Alabama honey, lemongrass, ginger, and spices like cardamom and star anise. The company buys the cider vinegar in bulk, with the “mother” (it’s what turns sweet liquid into vinegar) included.

Shrub can be used for a funky vinaigrette, in a cocktail, with tea, or mixed with soda water to anchor a satisfying non-alcoholic drink. 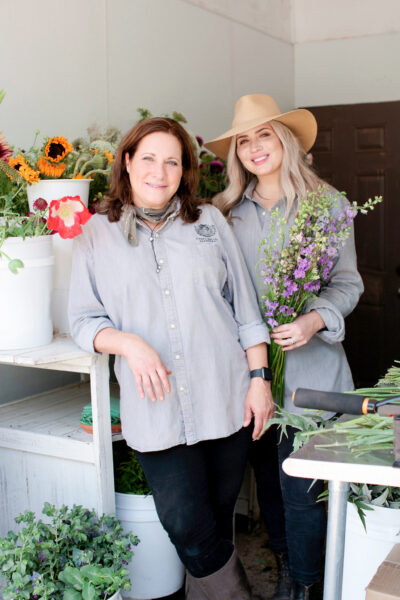 The “Garden and Gun” second-place honor was for Stone Hollow’s Strawberry Rose Drinking Vinegar (it also won a gold medal from the Specialty Food Association in 2021).

Strawberries and rose petals are macerated in the vinegar, strained, and seasoned with black pepper, coriander and cinnamon. A shot straight out of the bottle is sweet and refreshingly tart, with the spices providing a nice counterpoint.

The Blueberry Rose Geranium Drinking Vinegar honored by the Specialty Food Association follows a similar blueprint as its strawberry sibling.

Jars of gourmet popcorn in the gift set that gained Oprah’s nod is one of the few products that Stone Hollow doesn’t produce (plant corn here and you raise bugs, Deborah says).

But the Stone family adds its unique stamp to the box set, this year combining a petite, Amish-grown Ladyfinger popcorn variety with Stone Hollow-produced rosemary-thyme specialty salt and its herb-infused oils.

“We love pairings,” Deborah says. “By pairing the popcorn with those products, we are able to complete a story.”

Winning awards like these help Stone Hollow Farmstead’s goal to build a national audience for its premium goods, Alexandra says.

In 2021, when a slightly different popcorn gift set from Stone Hollow also made Oprah’s Favorite Things list, all 2,500 boxes quickly sold. Orders overall have since surged from California and the East Coast.

“I think Oprah is very elevated in her taste and finds really high-quality products,” Deborah says. “Being in Oprah’s Favorite Things puts us in very good company. All the awards like the Sofis and ‘Garden and Gun’ – people pay attention to things like that.”