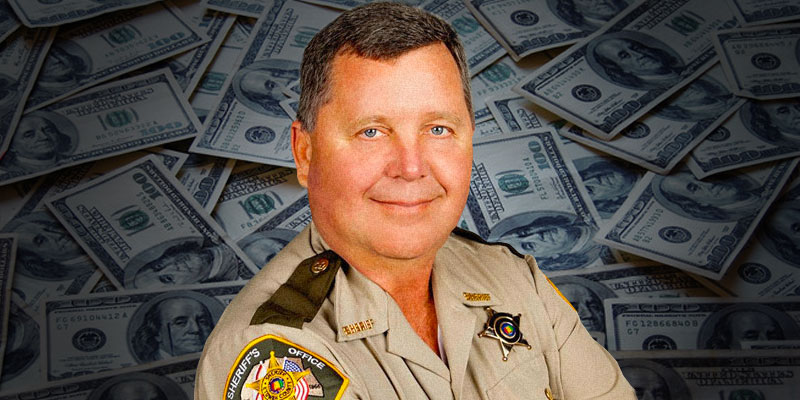 A recent report about the more than $750,000 that Etowah County Sheriff Todd Entrekin has pocketed over the last three years in extra “Food Provisions” money has reinvigorated attention into a state law that allows sheriffs to keep leftover money not used to feed inmates.

The report, authored by Birmingham News reporter Connor Sheets, details how Entrekin used the money to purchase a $740,000 home in Orange Beach last September, raising questions of whether the sheriff is doing right by inmates and taxpayers by keeping the money.

Entrekin has defended himself against insinuations of illegality or misconduct, saying he has followed the law.

“The Food Bill is a controversial issue that’s used every election cycle to attack the Sheriff’s Office,” Entrekin told NPR News. “Alabama Law is clear regarding my personal financial responsibilities of feeding inmates. Until the legislature acts otherwise, the Sheriff must follow the current law.”

The chief argument against the law used to justify such behavior was summarized by Aaron Littman, a staff attorney at the Southern Center for Human Rights who in conjunction with the Alabama Appleseed Center has sued 49 Alabama sheriffs for access to records dealing with inmate feeding funds.

“This archaic system is based on a dubious interpretation of state law that has been rejected by two different Attorneys General of Alabama, who concluded that the law merely allows sheriffs to manage the money and use it for official purposes–not to line their own pockets,” Littman said in a statement in January. “It also raises grave ethical concerns, invites public corruption, and creates a perverse incentive to spend as little as possible on feeding people who are in jail.”

Critics cite the case of former Morgan County Sheriff Greg Bartlett, who was ordered by a federal judge to stop personally taking money from the inmate-food account when prisoners testified to receiving inadequate meals.

Some sheriffs have told a different story about their responsibilities to feed inmates.

Colbert County Sheriff Frank Williamson, one of the sheriffs on the lawsuit, told WAAY 31 in January that he had to take out a $10,000 loan to help pay for meals because the $1.75 per diem per inmate wasn’t covering the bill.

“I had to borrow money to do this on my own personal social security number and I still owe money on that,” Williamson told WAAY 31.