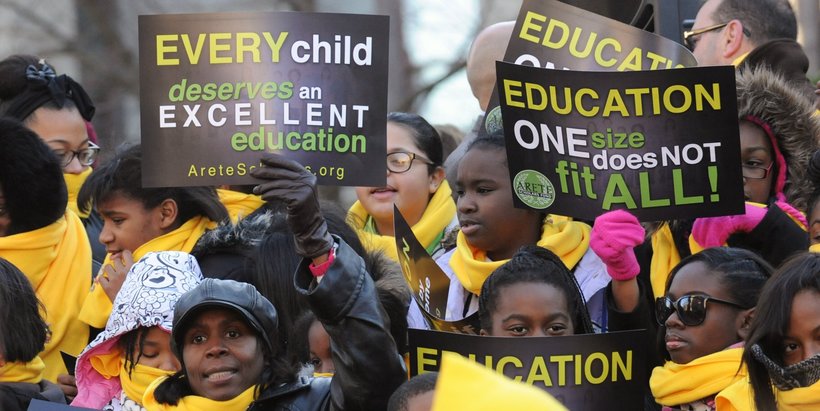 With the election of President Donald Trump, school choice has been at the front of every discussion affecting education policy in the United States. I am pleased to say that the Alabama Legislature has been opening up choice for students and parents long before it was part of the national discussion. I am proud to have introduced sweeping legislation that allows for the creation of public charter schools and the Alabama Accountability Act (AAA), which makes it easier for parents to send their children to different schools when they have no option.

Let me be clear, the school choice discussion is not an attack on teachers, support staff, and administrators. I truly believe that on the whole we have some of the best teachers in the country who show up every day to work hard and follow their passion for educating children.

I do have a problem with those special interest groups who are more interested in maintaining a status quo in education that favors them rather than actually doing anything to make sure our schools and children are consistently improving and growing as students. With every reform I have promoted, I have welcomed any and all interested parties to help craft legislation so that it meets the needs of everyone involved. Many of the organizations entrusted to represent the values of our professional educators have little interest in assisting with reforms of any kind and work overtime to kill any change no matter how positive it may be to parents or students. Especially if those changes involve giving parents a choice.

Survey after survey shows a majority of Americans support school choice. Those with means exhibit school choice by moving to areas where their public schools excel or pay for a private school, as I am sure the directors and bureaucrats of those opposed already do. However, for far too many, access to a quality education is solely determined by their ZIP code.

The Alabama Accountability Act is a success. Ask the parents. Ask the children. Now, in a small effort to modify the bill at the cost of zero dollars to this year’s education budget, the entrenched special interest groups who have overseen Alabama’s slide into the bottom of nearly all education achievement rankings want to deny the thousands of parents and children on waiting lists a choice, and force them to stay in schools they do not want to be in. They want children in foster homes to lose their scholarships if they are moved to a new home by the system. That is unconscionable. It is wrong. It is immoral.

I do not support school choice to make teachers look bad, nor do I support school choice to so that anyone may profit from it. I support school choice for the parent who wants their child to have a better life that starts with quality education and for the student who is looking for a hand up to get where they want to go in life. Even if only one child is able to achieve their potential and realize their dreams because they were able to improve their situation, it will be well worth the vicious political attacks launched by the defenders of the status quo.

I want every Alabamian to have a quality education. I agree with President Trump that for some, it is in public schools, for others, it is in private schools and home schooling. But only the parent knows best, and I trust them over Montgomery bureaucrats and lobbyists.