How Alabama ranks in economic freedom … and whether prosperity, fairness and happiness correlate 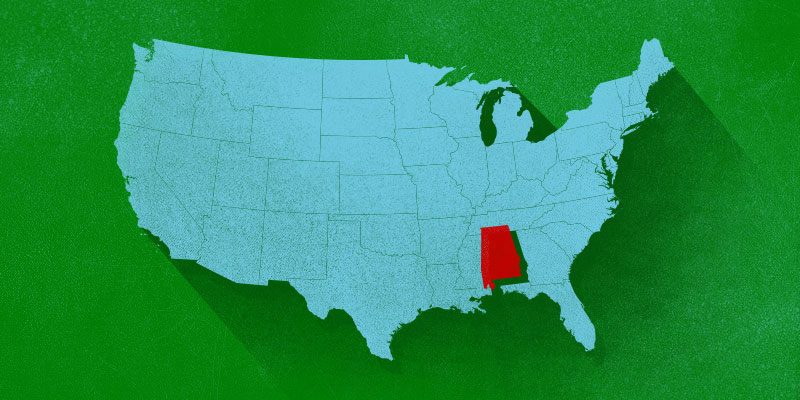 We frequently wish for a happy and prosperous New Year. As an economist, I know more about prosperity than happiness. Because economic freedom is closely related to prosperity, 2017 closed with some good news for Alabama.

The Economic Freedom of North America report, published by Canada’s Fraser Institute, measures the freedom of markets in U.S., Canadian, and Mexican states and provinces. Alabama’s state freedom score in this December’s report increased slightly, from 6.9 to 7.0. Scores range from zero to ten, with larger numbers representing more freedom. Alabama ranks 24th among the states, right at the national average score.

Economic freedom scores estimate how closely states or nations approximate the ideal of a free, unregulated market economy. The scores have allowed statistical testing of claims about markets, government, and prosperity. If free market economists are correct, then nations or states with more economic freedom should be more prosperous, controlling for other relevant factors.

Many studies have now confirmed this relationship. Consequently, Alabama’s increase in economic freedom could boost growth. But the small increase reflects deviations in measured freedom, not the policies which state freedom scores track. Furthermore, the increase occurred in 2015, since data availability results in a two year lag.

Prosperity, however, is not the only thing we care about, and is probably most important at the subsistence level. For thousands of years, human society persisted at this level, with everyone engaged in growing or gathering food for survival, and famine never far away. The developed nations long ago moved past the subsistence level. So now perhaps we should place greater emphasis on dignity, fairness, and happiness than a somewhat higher standard of living.

Prosperity allows individuals to be treated with more dignity. In tribes that followed the animals they hunted, the old or infirm might have to be turned out. This cruelty was born of economic necessity: tribes struggling to survive could not afford to be slowed down or feed people unable to contribute.

Economic freedom might boost prosperity, but what about fairness and happiness? Freedom also correlates with these values.

Fairness means different things to different people, but one factor is whether the least well-off benefit from prosperity. Purchasing power parity adjusted measures of income provide the best international comparison of standards of living by adjusting for what income buys and not just exchange rates.

The evidence is clear: the poorest are far better off in nations with more economic freedom. The Fraser Institute’s Economic Freedom of the World report sorts countries into quartiles based on their national economic freedom. The incomes of the bottom 10 percent of households are ten times higher in the freest nations than the bottom quartile, and more than double the incomes of the bottom ten percent in the second freest quartile of nations.

Inequality has become a contentious issue in the U.S. Whether the distribution of income or wealth should be equal is a challenging question, but the comparisons of the nations’ poorest households demonstrate that poverty in the U.S. and other developed nations is relative, not absolute. Perhaps income should be more equally distributed, but America’s poor enjoy a very decent standard of living from an international perspective.

Can happiness be measured? I am skeptical, but survey questions developed by psychologists seem to elicit happiness levels reasonably well. The United Nations has been measuring happiness worldwide since 2012. And the quartile of countries with the most economic freedom has significantly higher reported happiness than the other quartiles of nations.

A link between economic freedom and happiness makes sense. Freedom allows people to shape the course of their lives. Although freedom does not guarantee good choices, being forced to do something you do not like seriously reduces happiness.

So perhaps economists have something to say about happiness after all. Still, I do not plan to start giving out life advice. But I will wish everyone a happy and prosperous 2018!

Daniel Sutter is the Charles G. Koch Professor of Economics with the Manuel H. Johnson Center for Political Economy at Troy University.