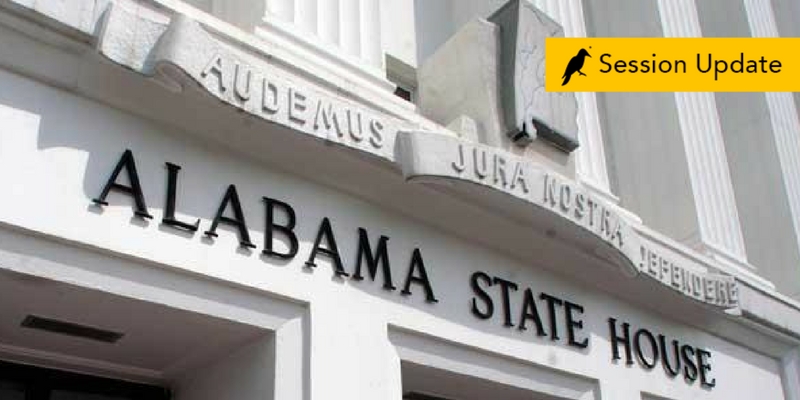 Editor’s note: This is a round-up of the day’s major events in Montgomery.

Here is a roundup of Tuesday’s action in the Legislature and in official Montgomery:

AL.com quoted Orr as saying he was not aware that police could take property through civil proceedings, which carry a lower burden of proof.

“I thought we had always required a criminal conviction before seizing someone’s property,” he said. “I wasn’t aware that wasn’t the case until two years ago, and that’s the reason I filed a bill last year and why I intend to do so again this year.”

Although the bill did not pass last year, the sentiment behind it has support from across the ideological spectrum.

The left-leaning Southern Poverty Law Center and Alabama Appleseed Center for Law and Justice published a report this week detailing how civil forfeiture works in Alabama.

The ghost of Bentley? Prosecutors from the Alabama Attorney General’s Office brought witnesses before a grand jury in Montgomery in connection with the corruption case involving former Gov. Robert Bentley, according to the Alabama Political Reporter.

The website reported that Bentley’s former legislative director, Wesley Helton, and his former chief of staff, Seth Hammett, were among the witnesses testifying Tuesday.

Reporter Chip Brownlee reported that the scope and targets of the probe are unclear but quoted sources close to the investigation who said that it could ensnare campaign contributors.

Call it the Doug Jones Act: The Alabama House of Representatives approved a bill to eliminate special elections in the event of a vacancy in one of the U.S. Senate seats.

The bill’s sponsor, Rep. Steve Clouse (R-Ozark), said he wanted to save money by foregoing the expense of a special election, according to AL.com. Appointed senators would serve until the next regularly scheduled election.

But the website reported that Democrats opposed taking the decision out of the hands of voters.

If not for current law, Luther Strange would still be senator, serving out the expired term of Jeff Sessions, who resigned to become U.S. attorney general.

The special election, and the unusual circumstances surrounding late-breaking allegations of sexual impropriety against Republican nominee Roy Moore, opened the door for Democrat Doug Jones to win the race.

The Montgomery Advertiser’s Brian Lyman reports that 36 other states have similar laws. The newspaper quoted Clouse as denying that the 2017 special election results were a factor.

Rep. Christopher England (D-Tuscaloosa) said the bill would force voters to wait many months before getting a chance to register their disapproval with a governor’s hand-picked choice to fill a vacancy.

Making sure everyone is counted: With Alabama at risk of losing a U.S. House of Representatives seat at the next reapportionment because of slow population growth, the Alabama Senate approved a resolution by Sen. Gerald Dial (R-Lineville) calling for a plan to maximize the head count in the 2020 census.

Alabama can’t manufacture new residents. But it can help to ensure that census officials do not miss residents. He said the goal is to “make sure that every person in this state is counted,” according to a tweet from AL.com’s Mike Cason.

You can argue the merits of the approach or the timing, as Democrats did today. It’s clear we’d still have a Sen. Luther Strange today if this was the law last year.