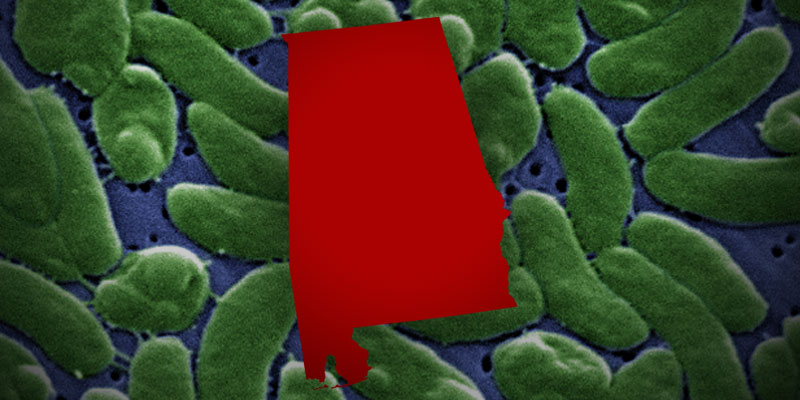 MOBILE, Ala. — The Mobile County Health Department confirmed a new case of Vibrio this week, marking the fifth such diagnosis of 2017.

According to a report from the MCHD, Vibrio bacteria naturally live in certain coastal waters and are present in higher concentrations between May and October when water temperatures are warmer. Generally speaking, exposure to Vibrio Vulnificus is benign, but severe infections are possible for those with compromised immune systems. Out-of-control infections can lead to the phenomenon commonly known as flesh-eating bacteria.

“Most soft-tissue infections occur with either injury or with conditions such as poorly controlled diabetes or low immunity. However, sometimes otherwise healthy people can develop a skin infection after skin injury and being exposed to natural bodies of water. Some bacteria can cause more severe infections than others,” said Dr. Karen Landers, Assistant State Health Officer at the Alabama Department of Public Health.

Because of the heightened risk, the Alabama Department of Public Health has released a warning against “entering
bodies of water if you have cuts or abrasions; if injured, clean wound at once to reduce risk of infection.”

The previous local victims of Vibrio infection were:

• Two individuals exposed while in bodies of water near Dauphin Island, the Mississippi Sound, and Mobile Bay

According to the Centers for Disease Control and Prevention, 80,000 people become sick with vibriosis, and 100 people die from their infection. Throughout the state of Alabama, the ADPH has officially reported 30 cases in the last 12 months.