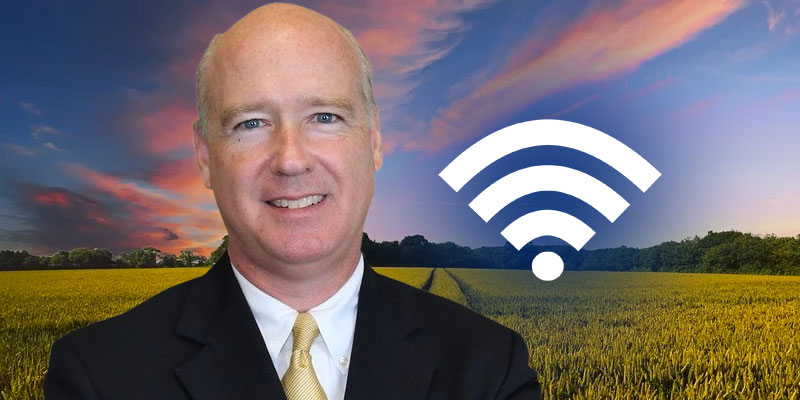 Aderholt’s bill, entitled the Enabling Extra Time to Extend Network Deployment (EXTEND) Act, would permit states to use federal CARES Act monies under the Coronavirus Relief Fund for grants for the deployment of broadband infrastructure in “unserved areas.”

CARES Act funds not spent by each state are currently set to expire on December 30, 2020.

Aderholt’s legislation would extend that deadline to the end of 2021 for grants made “to a provider of broadband internet access service for the deployment of infrastructure for the provision of such service.”

In a statement, Aderholt advised, “The COVID-19 pandemic has showcased the critical need for efficient and reliable rural broadband. Teleworking, telemedicine, and virtual classrooms have been our reality for the better part of eight months, and it could continue into the new year. Since Congress has passed stimulus funding for Coronavirus relief, I believe states should be allowed to use that money to address this dire need.”

“That is why I introduced a bill today to do just that, secure the ability for states to expand their rural broadband infrastructure with Coronavirus relief funds,” he continued. “This bill will help those rural areas that have been left behind by providing a pathway for states to determine which areas are particularly underserved, while also preventing overbuilding in areas where broadband access is widespread.”

Aderholt, the dean of Alabama’s U.S. House delegation, is a senior member of the Committee on Appropriations, including serving as the ranking member of the Subcommittee on Commerce, Justice and Science and as a member of the Agriculture and Rural Development Subcommittee and the Defense Subcommittee. He is known as a prominent, vocal advocate for expanding broadband access to all Alabamians — and all Americans.

“I am hopeful that this legislation will set a precedent for future funding bills, ensuring that rural areas have access to funds to build out the broadband infrastructure they need, while also preventing waste and abuse,” Aderholt concluded on Tuesday. “It’s clear that adequate funding is needed now more than ever, and ensuring states the option to use Congressionally approved stimulus money for this issue is a step in the right direction.”

“When Americans can’t access the Internet, they aren’t able to participate in our 21st century economy, learn remotely, or communicate with others outside of their communities, all of which have become increasingly important during the COVID-19 pandemic,” commented Latta. “The EXTEND Act works to support the buildout of broadband infrastructure in areas that do not currently have broadband capabilities. It ensures funds from the CARES Act, which I supported earlier this year, can be granted by states for the deployment of broadband so all Americans, including people living in rural communities, have reliable internet connectivity. I’d like to thank my colleague Rep. Aderholt for his attention to this critical issue, and I am encouraged that with this bill, we are working towards a more connected future.”

This came the same day that Aderholt got out of quarantine after coming into close contact with someone who subsequently tested positive for COVID-19. Aderholt announced the quarantine on Sunday, November 15; his office said he did not test positive (testing negative three times) and never felt sick while in quarantine.