ADAA warns of drowsy driving — ‘Just as dangerous as a substance’ 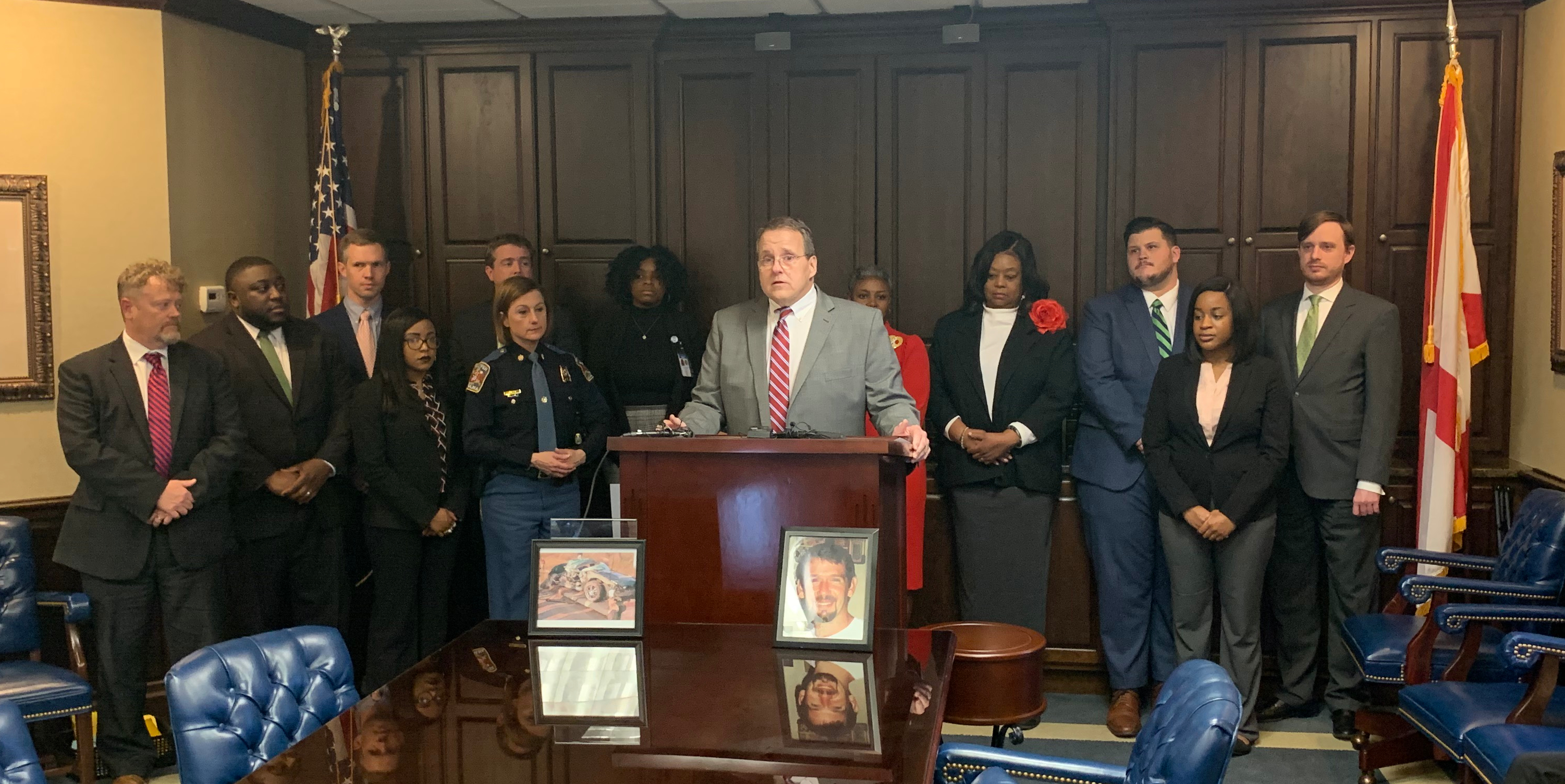 MONTGOMERY — On Tuesday, the Alabama District Attorneys Association joined with victim advocates and the Alabama Traffic Safety Prosecutor to raise public awareness about the dangers of drowsy driving.

Between 2013 and 2017, more than 4,000 people were killed in car crashes in which drivers fell asleep or were too sleepy to safely operate a vehicle.

Sheila Faulkner, who lost her son, Wendall, to a drowsy driving incident was in attendance for the press conference on drowsy driving. The driver of the vehicle that struck Wendall had been awake for 22 hours.

The state has made investments in signs alerting drivers to the danger of driving while drowsy. According to law enforcement, driving drowsy can be difficult to prove, so the priority is given to making people aware and other preventative measures.

Similar to alcohol and drugs, sleep fatigue impairs driving skills such as hand-eye coordination, reaction time, vision, awareness of surroundings, decision-making, judgment and inhibition. According to studies, someone who has been awake 24 hours has an impairment that is equal to having blood alcohol content (BAC) of 0.10 percent. According to Alabama law, a driver is presumed too impaired to safely operate a vehicle at 0.08 percent BAC.

Sleepiness has been identified as a causal factor in a growing number of highway automobile crashes. The National Highway Traffic Safety Administration estimates that at least 91,000 police-reported crashes each year are the direct result of driver fatigue. Some 55% of all crashes in which the driver fell asleep involved drivers age 25 or younger. Half of Americans consistently report that they have driven drowsy, and approximately 20% admit they have actually fallen asleep at the wheel in the last year.