3 things that actually matter for Alabama against Mercer 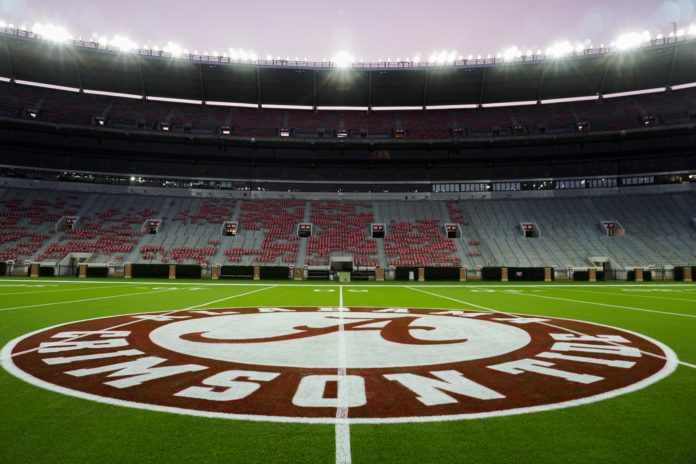 Call it distracting, call it overlooking a team, or be Nick Saban and simply call it “rat poison.” Whatever you want to call it, Alabama will have their Saturday win over Mercer completed by the end of quarter one.

So, what makes this game even slightly interesting? There are three things that matter in this game that can affect the outcome of the season.

The most alarming thing to hear out of any coach’s mouth is that their team has had some issues at practice. Saban discussed in his mid-week press conference the “rat poison,” or hype from the media could be hurting his team’s practice habits.

Coach focussed on the fact that his team couldn’t play strong for the full 60-minutes in the week one win over Miami. The Tide won the ranked matchup 44-13 in convincing fashion, but Saban argues that his team went up 27-0 in the game before Miami pushed back a little bit.

“We basically played one half of one game,” he said. “We didn’t maintain our intensity by the end of the game, and we were affected by the scoreboard.”

Alabama is the best team in the nation for one reason only. Bama’s head coach demands perfection. His teams will never be able to take the day off in practice.

On what he wants to see this week during the game, Saban said, “I want to see if we have leadership? Do we get people to respond? Do people care enough to understand what we have to do to maintain our intensity for 60 minutes in the game?”

Bryce Young and John Metchie, III will have to step up and lead the offensive group into this game and beyond.

Is Alabama’s slightly unfocused practice this week going to mean a loss against Mercer? No, but the coaching staff is worried it could set a precedent for the rest of the season during practice and want to nip it early on.

Watch for the bad practice habits to show up early in the game, or for Bama to overcome a rough week and prove that they will be ready for the next week matchup with Florida.

As far as the full 60 minutes goes, let’s just say Mercer picked the wrong week to play an amped up Bama team that basically has been told they didn’t beat a top 15 team bad enough last week.

With the tough loss of Chris Allen, the Tide is down their best defensive player and the one true leader on that side of the ball. Fans and people around the program are looking to see who steps up in his spot as the defensive leader.

Two names that are likely not an immediate thought for leaders of the defense are linebackers Chris Braswell and Dallas Turner. Braswell and Turner are both freshmen this season who had impressive springs. They also both played against Miami.

Normally, if someone mentions a freshman on Alabama’s defense the first name that pops up is “Kool-Aid” McKinstry. McKinstry is going to be a stud for the Bama secondary in time.

However, McKinstry didn’t play in game one. This left the door open for other players to get a head start on becoming a leader on that side of the ball.

He is expected to play against Mercer, though, and can hopefully prove his worth by continuing to work hard and be team-oriented. Obviously, the talent and physical strengths are already checked off the list.

Attitudes on teams can be an amazing asset if that team’s attitude is fierce, driven and all about competitiveness. On the other hand, if a team has a lazy attitude, or just goes through the motions, they will suffer at some point.

Ask anyone that has played any level of football about a team’s attitude.

They will tell you that bad habits early can carry over to the entire rest of the season. The worst part being that there isn’t much you can do about it once those habits form.

Yet, that is what Saban is trying to prevent with his “rat poison” speech and calling leaders to step up for this week.

It doesn’t matter how much Mercer does or doesn’t threaten Bama on Saturday. Florida is a week away, and it was already time to kick bad practice habits before the second week of practice.

The greatest college football coach ever knows that what his team gets away with now can ruin the entire season. This game is not a risk to Alabama, but it is a measuring stick to see who steps up for the Tide, and what direction the players are willing to take this year.

At the end of the day, the team has to want it, and most likely they really do. This game really does mean something.

Watch for Alabama’s practice habits to show early in the game.

Watch for one or two players on Bama’s defense to step up this weekend and take command.

Lastly, the team attitude can go from one extreme to the other, and a Saban coached team has a way of getting their attitudes in check and their minds right. Alabama will bring it to Mercer more than they normally would and the score will be ugly quick.

Bama will be looking to prove something to themselves and the country in a tune-up game for the Florida Gators the following week.

Alabama and Mercer kickoff at 2:30 C.T. in Bryant-Denny for the first home game of the year. The Tide will be looking to right their wrongs after a bad week of practice, and Mercer will feel the wrath early.