YHRadio: Alabama leadership expert is back to discuss the myths of millennials, part 2 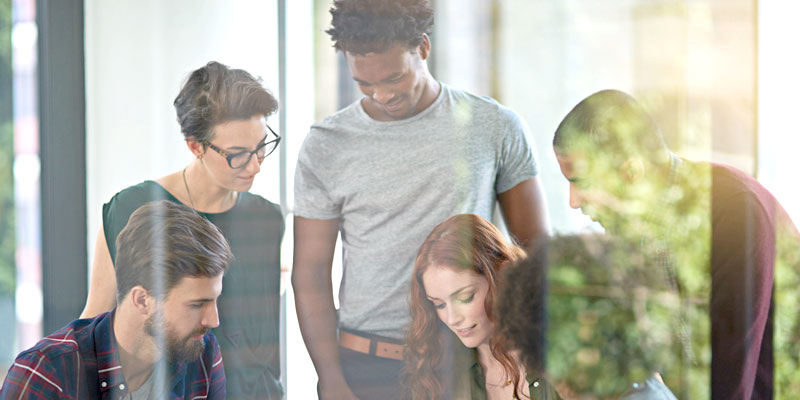 Cord Sachs is a Birmingham-based leadership expert and the CEO of FireSeeds, a company that helps companies find and grow great leaders and “the company behind many of Alabama’s fastest growing companies.”

The full conversation with Mr. Sachs can be heard on the Yellowhammer Radio podcast or in the video above, and a lightly edited transcript of his interview with Yellowhammer’s Andrea Tice and Scott Chambers can be read below.

Subscribe to the Yellowhammer Radio Podcast on iTunes. Learn more about Cord Sachs and Fireseeds at www.fireseeds.com

Scott Chambers: Here we go! We are back, Yellowhammer Nation, it’s Yellowhammer Radio. Add YHN Radio on Twitter. Check us out online, Yellowhammernews.com, follow all the news of the day from Yellowhammer. So much on there, some great articles up today, Yellowhammernnews.com, check out all the great stuff on there.

Joined in studio now by our friend Cord Sachs who joins us each and every single Tuesday. Cord Sachs, of course, the founder of FireSeeds, and it’s a pleasure to see you here in studio with us today Cord.

Cord Sachs: Yeah, it’s good to be back in the studio with you.

Scott Chambers: Glad to have you back man. We’ve had some really good conversations over the past few weeks and looking forward to continuing that on today.

Cord Sachs: Awesome. Yeah, so we’re gonna pick right back up, we talked about the Millennial myths, five of them, and we got through three of them.

Cord Sachs: And you, being our resident expert here, I know you barely made the cut by a couple years, but

Cord Sachs: But you are, officially, a millennial, Scott.

Cord Sachs: You need to

Scott Chambers: I embrace it, just gonna embrace it

Cord Sachs: You embrace your identity

Andrea Tice: He’s not nearly as hard on his own generation, I think, but it hasn’t stopped Dave from calling him a snowflake.

Scott Chambers: Yeah, I’m no snowflake. Now, some of them are, Cord, some millennials are snowflakes.

Cord Sachs: Yeah, and that’s why we’re having this talk, because there’s so … There’s a lot of negative press that these millennials get

Cord Sachs: And so, we’re debunking the five myths. Let me put everyone in context here.

Cord Sachs: So everybody that’s listening is probably gonna fall into one three generations.

Andrea Tice: We fall in there, yep.

Cord Sachs: That’s where we sit. So, our listeners are in one of those categories.

Cord Sachs: We got it covered. So I can see, lack of hair there, gets you your …

Scott Chambers: Watch it, watch it.

Cord Sachs: You’re a card-carrying boomer, so good. So yeah, so we covered the first three, any really if you think about it, the first three myths: Number one, millennials are entitled. You pushed back on that pretty hard there, Scott.

Scott Chambers: I did.

Cord Sachs: They’re disloyal. They’re independent. They don’t work well with teams. Those are the first three, and we debunked those.

Cord Sachs: Those are not true, and we talked about why …

Scott Chambers: No, they’re not.

Cord Sachs: So we’re gonna pick back up … And I gotta give credit where credit is due. Gabriel Bosche has a great book called “The Five Myths of Millennials,” and she debunks these and goes into depth, so I encourage you to grab her book.

Andrea Tice: Before you get started, Cord, just in the interest of fairness, did the woman who write that, is she a millennial?

Cord Sachs: Oh, absolutely she’s a millennial. So it’s all about …

Andrea Tice: Is she? Okay.

Cord Sachs: She tells her personal story, and she actually consults for Fortune 500, Fortune 50 companies on how they hire, how they recruit, and retain millennials …

Cord Sachs: How they evaluate them, just all the processes. I mean it’s …

Cord Sachs: By 2020, 65 percent of the workforce will be millennials.

Andrea Tice: Yeah, I would say.

Cord Sachs: To attract this generation.

Scott Chambers: I love working with that generation because they’re some of the most creative that I’ve ever worked with.

Andrea Tice: So, whether you like it or not, this myth, you need to debunk it if you’re a business owner, because you’re … If 65 percent of the workforce, if that’s where we’re headed … You’ve got to be able, like you said, interact with these people and know what to offer them.

Cord Sachs: I had a good friend of mine, he’s director of sales for a company, and kind of an older company, I can’t say who it is of course, but he said he always gets in trouble, because the older ladies in his office, on his team, get on to him for texting at work. They really don’t understand that that’s a form of …

Cord Sachs: The way, only way,

Scott Chambers: By some standards.

Cord Sachs: And if he’s not on the phone, he’s actually not working, he’s doing something

Cord Sachs: He’s socially inept, because he’s texting, even though that’s how

Cord Sachs: The majority of us now communicate.

Cord Sachs: Yeah. So let’s get into it. So if you had to guess, what is the one thing that drives our perspective of millennials as it pertains to this square little box that we have in our pocket that’s typically never in our pocket, it’s always in front of us. What do you think is driving this 4th myth?

Andrea Tice: The 4th myth that we know .. Do you want to name it right now, or

Andrea Tice: Okay, got it, yeah.

Cord Sachs: Not being productive at work, and so really, the myth is really debunked, because they’re not. It has nothing to do, even with their desire for technology, as so much as it does have to do with their desire to be a part of a community.

Cord Sachs: They want to be in an authentic community more than anything else. And it’s interesting where this comes from, because if you think back, we were raised, GenXers, by Boomers. Boomers came out of Post-World War II, and many of the fathers were either absent, they were at war …

Cord Sachs: Or, when they came down … Honestly, their emotions were shut down. And so, I, and Andrea, we … In most cases, GenXers experienced a very distant, non-feely, non-emotional parenting. So what did we do as GenXers? We said, “We didn’t get any of that emotional feely stuff, and we’re gonna give it.”

Scott Chambers: Yes, you did.

Cord Sachs: And it’s gonna be all about their protection and … I mean, I used to ride my bike down in the neighborhoods across town without a helmet, without a cell phone, without a tracking device.

Scott Chambers: Raised by GenXers, that didn’t for me.

Cord Sachs: That’s right. They’ve got to have their helmet on, they gotta have their cell phone, there’s another tracking device. So we have comforted these millennials

Cord Sachs: And sheltered them in such a way to where … There’s much more of an emotional connection with the parents of millennials.

Cord Sachs: All right? So when they get out into the workforce, they expect … I want to have that same kind of community that I felt, in most cases, by my Generation X parents.

Cord Sachs: So, guess what brings them that, or the perception of what can bring them that? Technology.

Cord Sachs: I mean, it’s all about socially being connected. So, it’s not as much about … They want to leverage technology, they can do things better, faster, more productive, and they are, with using technology, but it’s really about the social component of being connected. All right. The final myth

Scott Chambers: Not true though.

Cord Sachs: So Scott, are you unmotivated?

Scott Chambers: No. I’m highly motivated by a lot of things … More than one thing at a time, which can be burdensome sometimes.

Cord Sachs: That’s right. And so, how do we motivate a millennial? First of all we’ve got to realize, they’re not unmotivated at all, but the way they’re motivated is they’re motivated through very clear goals that are attached to their unique identity and contribution.

Cord Sachs: They need to be empowered. Millennials hate to be micromanaged.

Cord Sachs: Anybody hates to be micromanaged.

Cord Sachs: I mean, they just kind of say things that the rest of us don’t say

Cord Sachs: But they detest being micromanaged. And so for them, if we can give them goal-oriented tasks that match their identity, and help connect the dots, and then connect the goals to the vision and mission of the company, the bigger cause, millennials want to be a part of something bigger than themselves.

Cord Sachs: They want to have a huge impact outside of themselves.

Andrea Tice: The team, the group that they’re with.

Cord Sachs: They want to be in a community, and they want to know they’re working for a cause, and it aligns with who they are.

Scott Chambers: Very interesting stuff. Cord Sachs, it’s a pleasure having you in studio man. Tell people how they can get in touch with FireSeeds.

Cord Sachs: Great. Yeah, Fireseeds.com, come check us out. We’d love to connect with you and tell you more.

Scott Chambers: All right, Andrea, final thoughts before we get out of there.

Scott Chambers: Yeah, hug a millennial today, we could use it every day. Until next time, never forget where you came from. If so, you might not find your way back home.